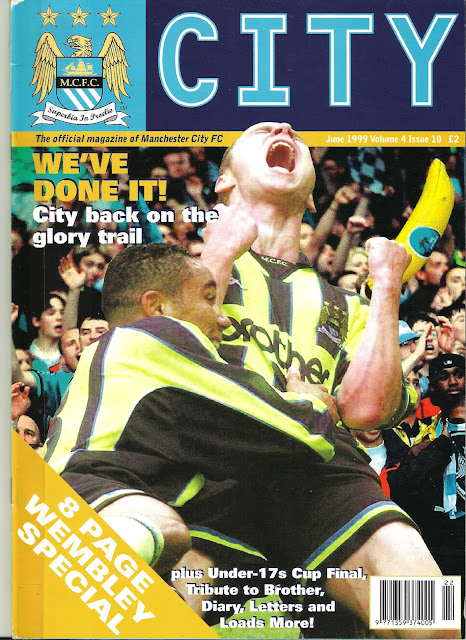 This cover features Paul Dickov after equalising against Gillingham in the 1999 Division 2 Play-Off Final.  The two late goals gave City the momentum to go on to win the penalty shoot-out and claim their place in Division 1.  Arguably the most important match in City's history, this led to another promotion the following season back into the Premier League. This issue also featured an article on long time sponsor Brother who were being replaced by Eidos in 2000.
Posted by 1894 at 19:07