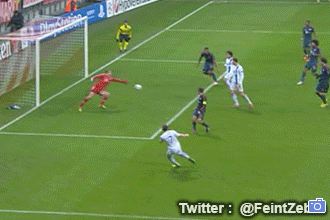 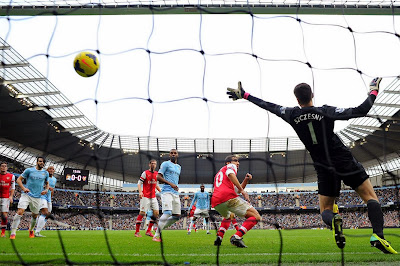 City have gone goal crazy in December!  An excellent performance away to European champions Bayern Munich produced a 3 - 2 win, all the more amazing because City were under strength.  A few days later City produced another amazing result against league leaders Arsenal, a 6 - 3 win against the most solid defence in the Premier League. City have been drawn against Barcelona in the next round of the Champions League. I never thought I'd see the day when Barcelona would 'fear' playing against City as reported in the Spanish media!
Posted by 1894 at 19:59