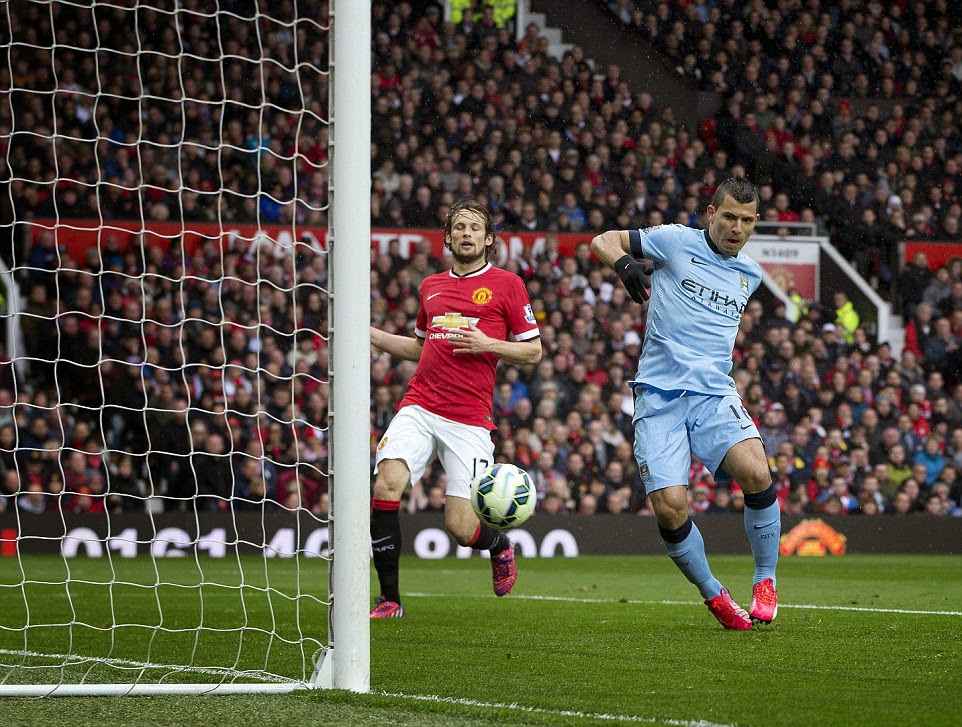 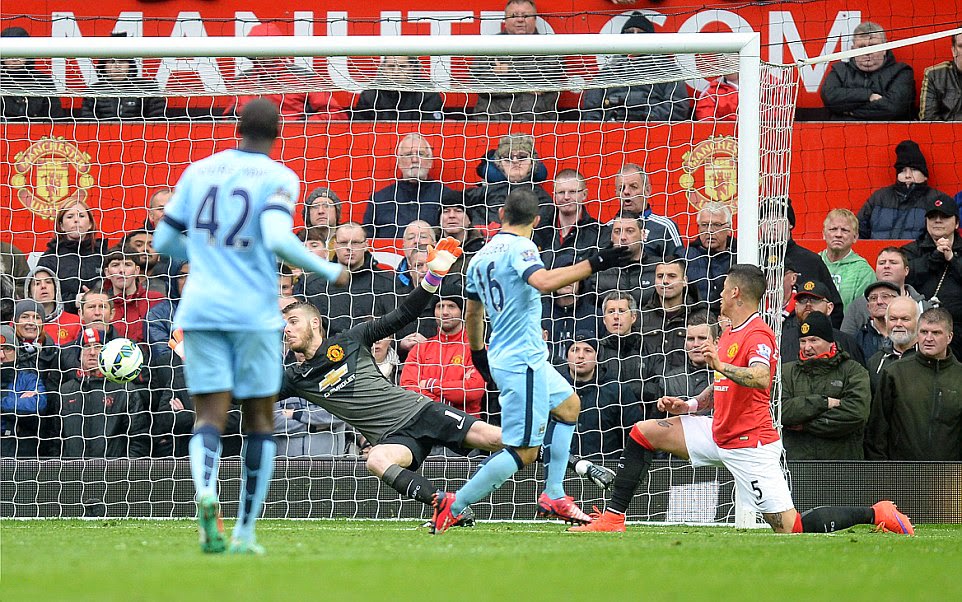 Sunday 12th April 2015 : City took an early lead in the Manchester derby today, but unfortunately it was all downhill from that moment. Sergio Aguero scored to make it 1-0 to City (Top pic), only for United to dominate the rest of the match and end up 4-2 winners. Aguero scored again (Bottom pic) at the end of the match to give City a small consolation for a disappointing afternoon.  United fans are already saying it's the end for City's success, with all the arrogance of old coming back after one match.  The summer will probably bring a lot of changes at City, including a new manager, especially as 4th place is under threat now, with the possibility of no Champions League next season.
Posted by 1894 at 19:52