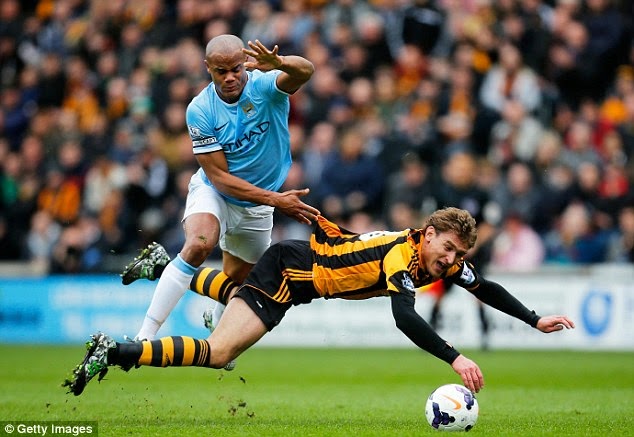 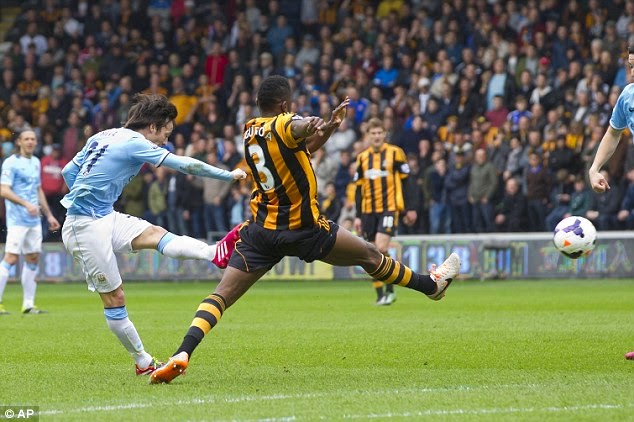 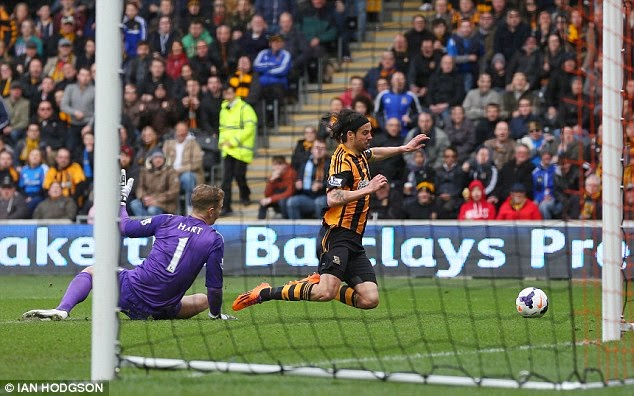 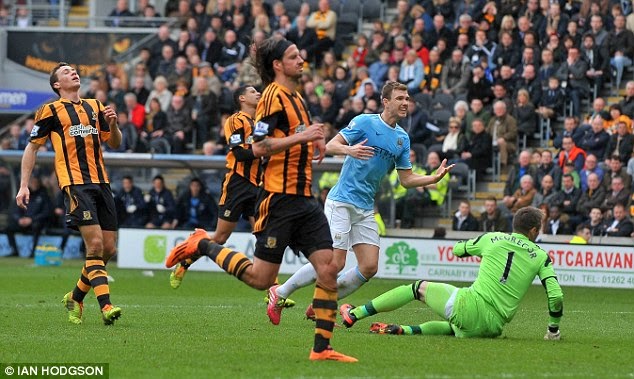 A very eventful match at Hull on Saturday saw City win 2-0, even though they were down to ten men for 80 minutes after Kompany's undeserved sending off.  Goals from Silva and Dzeko sealed the win, which was made even better by Chelsea losing at Villa Park.  Hull's George Boyd tried a spectacular dive in a desperate bid to win a penalty, but will probably get an FA ban instead, as it looked as though he spat in Hart's face in the row afterwards.  Liverpool also won 3-0 at Old Trafford today!
Posted by 1894 at 22:14